HOW IT ALL STARTED
OpenChurch (OC) was launched in 2008 and today around 500 people call it their church-home. In January 2018, OC Launch in Ndola, Zambia.

In September 2019, Christina & Thomas Christensen launched OC in Copenhagen (OCC) – a city with less than 1% going to Church – We had a dream to see God do a mighty work in our city. Still, we never could imagine that in our first year, He would use us as a voice to bring His message of Hope into every home in our nation and even to the ends of the world.

When OCC was not even six months old, Corona hit the world and locked everything down. We feared that the Corona lockdown would kill our small church-plant – many of our regular volunteers and givers at that time had only been a part of the team less than three months, and if we were to close the church down for three-six months, would we survive?

After much frustration and fear Christina &Thomas prayed and thanked God that he would build His Church. That night Thomas was awakened at 2 am with the clear image of a “Live” Drive-in Church experience. Within one week, we got permits to do Drive-in Church, and we stepped out in faith to continue reaching people who were far from God. Week two of “Drive-in Church” was Palm Sunday, and journalists from the two main danish television stations came and did news reports, and also “Ritzau news agency” wrote articles. They brought pictures from our “Drive-in church” in news agencies from Australia to America – New York Times. The news of Drive-in Church went around the world to 40 different countries. 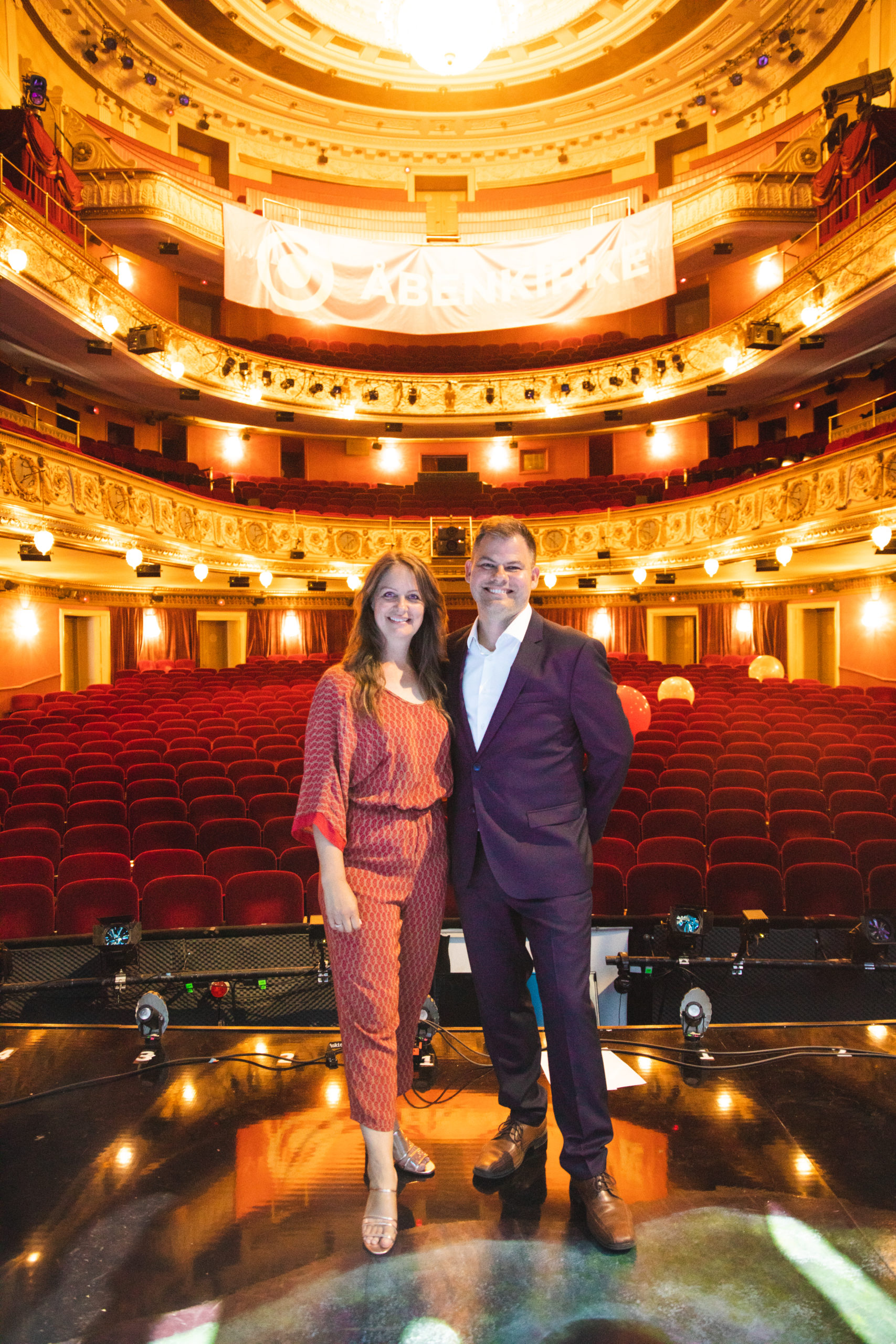 Our mission is: “We inspire people to experience God and imitate Jesus”. G.R.A.C.E. is at the center of our values and is the foundation for our community.

Therefore we want to be so Generous that we add value to society, so Relevant that we make sense in our time, so Authentic that we value diversity, so Courageous that we help each other find our God-given purpose in life, so Engaged that we look for ways to get involved, because people matter.

OC is a meeting place for people with widely different backgrounds. For us “Church” is a community of people, who want to discover life. We believe that there is no better place to discover life than with God, the creator of life. 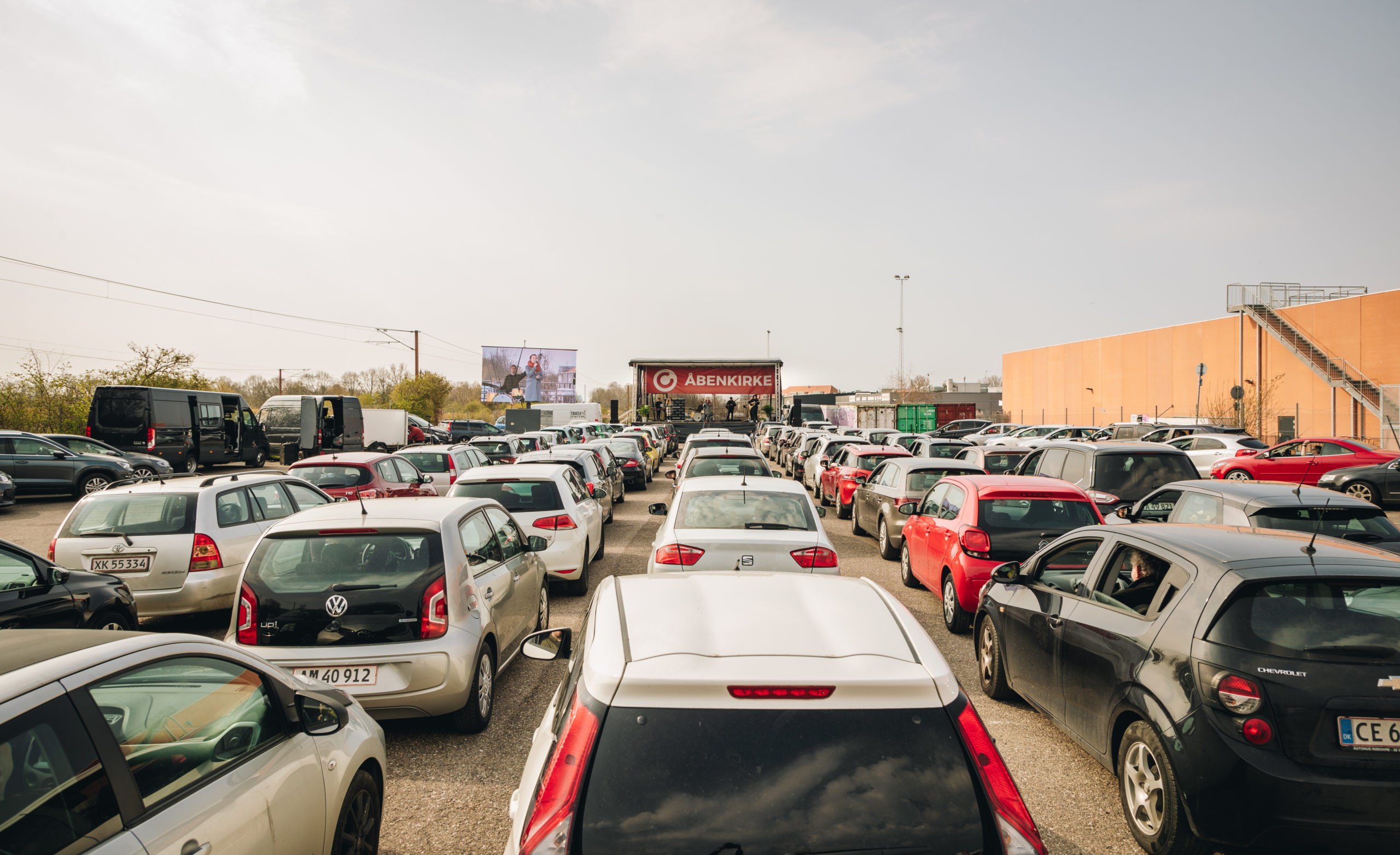 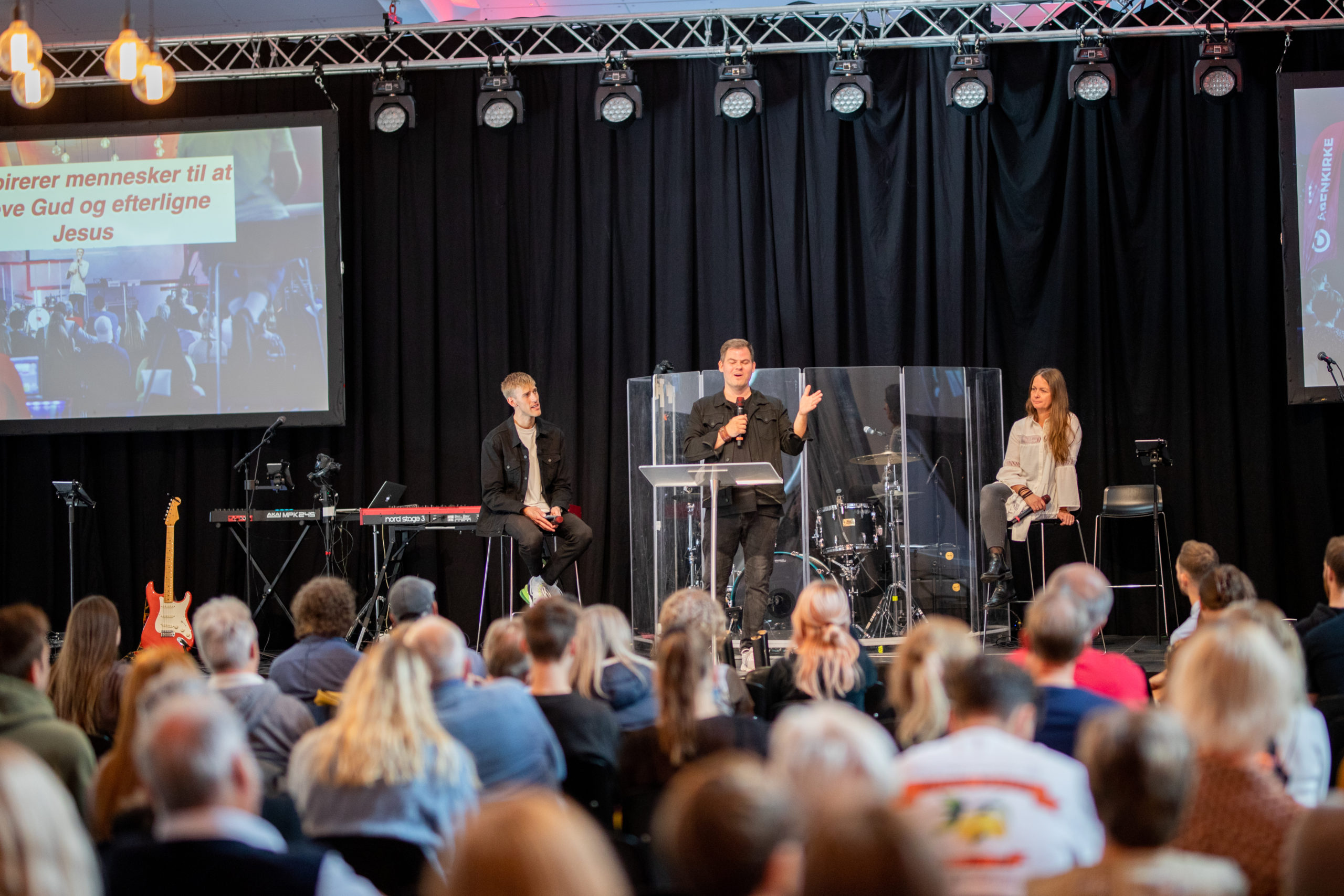 “We inspire people to experience God and imitate Jesus” 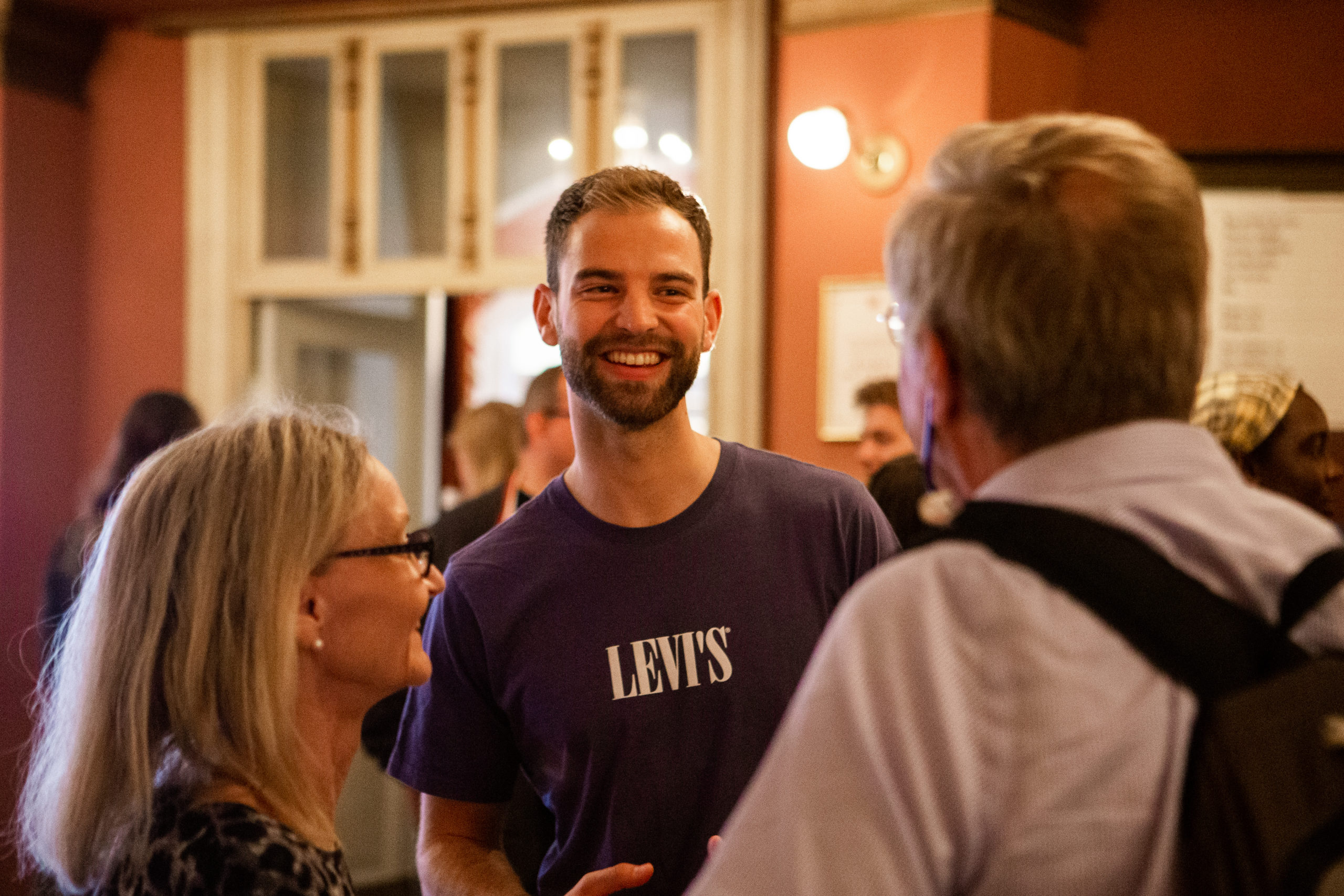 Why did we plant a church?

The Church is the hope of the world. From the very beginning, Christian fellowship was inclusive and filled with invitations to become a part of Gods family. The Church became Gods extended family with God as father and man as brothers and sisters. The Christian family breaks culture, language and social barriers between people and creates a common standpoint. A standpoint that is all about releasing a heavenly culture on Earth. Our experience is that if the Church works as the extended body of Jesus it will take care of all the issues facing mankind. That is why we are so focused on Planting more Churches.

But why plant in CPH?

Copenhagen is the most strategic and influential city in the Nordic Nations. Since 1995 the population has grown with 28% and population growth is expected to continue towards 2030. Copenhagen is a young city with a large proportion of young people. The average age in Copenhagen is 35.9 years. Copenhagen is shortlisted every year as one of the world’s most livable cities in the world and is known as the bicycle capital of the world.

The nation of Denmark was for many years ranked as the happiest nation in the world. Even with all this “good news” Denmark is becoming more and more secular and godless. People are becoming more and more lonely and with almost 1 in 6 people on antidepressants and so many who live in distress and depression.

The message of hope is needed more than ever, and the gospel needs to be reintroduced to Copenhagen and Denmark.

That’s why we planted the church.!

Bring the light of Jesus back to North Zealand

North Zealand also know as North-CPH has less than 2% going to Church on a Sunday, it is amongst the most secular location in the world. In Denmark of the 60 largeste Citys only 30 of them has an “living” Church reaching the lost. 25 of these Citys are on the Island of Zealand.

CPH is the most strategic and influential city in the Nordic nations. Our target area is in the north area where students & young families move to get more space than in the city center. Historically North Zealand is where Churchplants go to die, but we have a strong team that allready live in the area and with our sending church only 45 minutes away we know that with Gods help we will see a Church established in this part of our nation. We did our first Vision & Worship night in May ’22 and 180 people came out to hear about the Church-plant. 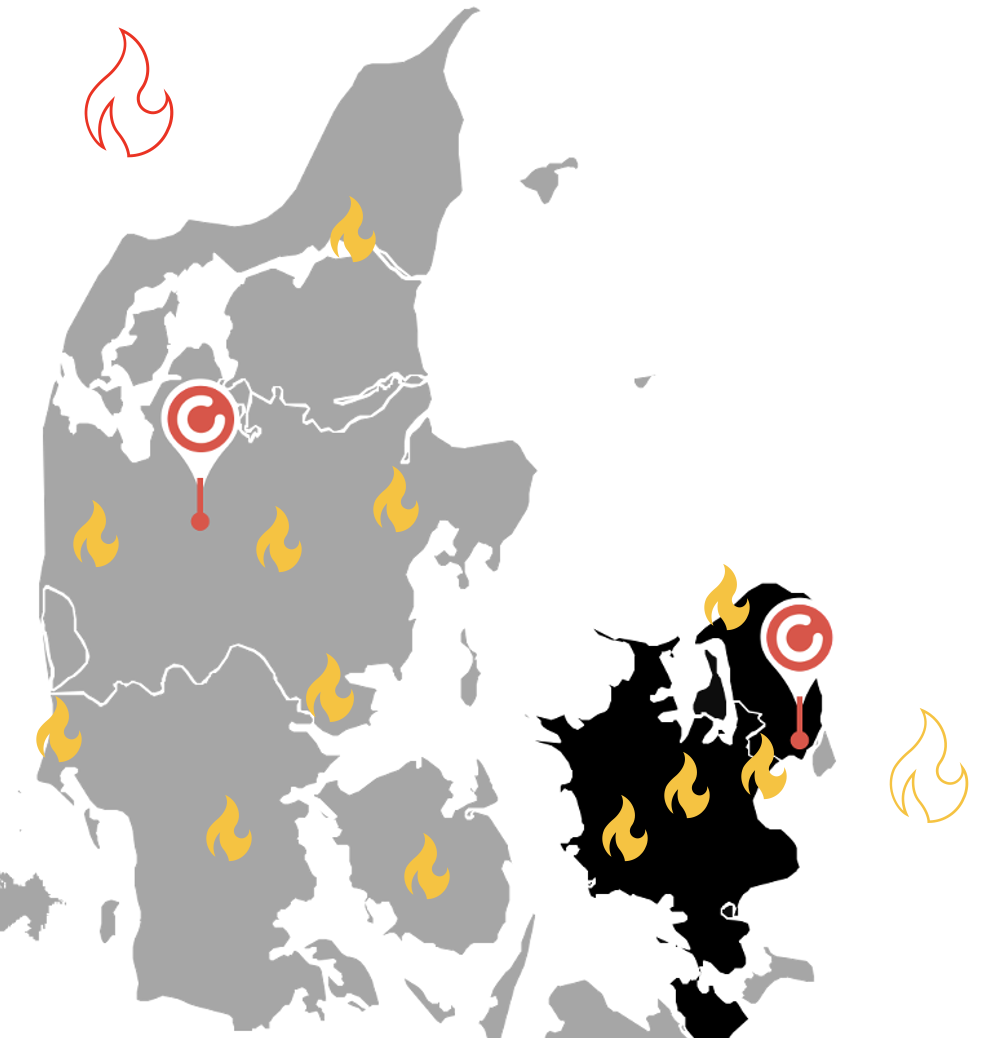 We need your help!

Thank you for standing together with us in prayer for protection, guidance and breakthrough.

We need partners to help establish the Church in Copenhagen with a one time or 2-3 year commitments.

You are welcome to visit us or relocate to CPH and join the team.

Help us through a financial gift

Click on the icon to send a donation vi PayPal

I will be the light

For more information feel free to connect with us at: